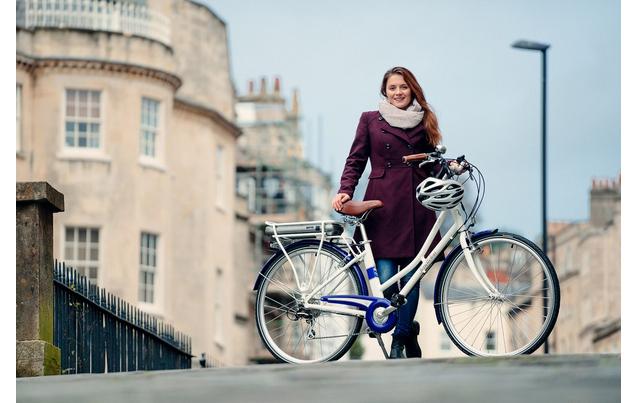 Not as sci-fi as transport pods, but ebikes are affordable and available now.

According to former General Motors VP Bob Lutz, as far as personal transport is concerned the car is about to go the way of the horse.

A minority of individuals may elect to have personalized modules sitting at home so they can leave their vacation stuff and the kids’ soccer gear in them. They’ll still want that convenience.

The vehicles, however, will no longer be driven by humans because in 15 to 20 years — at the latest — human-driven vehicles will be legislated off the highways.

Lutz reckons that the big names of the future won’t be car makers. They’ll be Uber, or Lyft, or whatever other high-tech, tax-dodging, anti-regulation “disruptor” gets the market. He’s probably right.

The company responsible for launching the modern carmaking era with Henry Ford’s assembly line will pivot away from being a full-line automaker, shrinking its passenger-car lineup and shifting only to low-volume, high-margin models.

The idea of autonomous transport modules whooshing around the place is undoubtedly appealing, but in the UK we live in a country that hasn’t got the hang of trains yet, and we’ve been running them commercially since 1812.

So you’ll understand why I’m just a little bit cynical.

I’m still not too sure about autonomous vehicles. I think they’re coming, but not as quickly as many people predict: in the shorter term electric bicycles are having a bigger impact because the technology is simpler, the benefits much more dramatic and the cost of entry much, much lower.

They’re less likely to kill you, too.

As industry observer Horace Dediu pointed out on Twitter:

For distances up to 9 km the eBike is the fastest mode of transport in urban areas. Half of Germany’s 30 million commuters travel less than 10km to work.

As the Treehugger blog notes:

In most European cities, e-bikes are faster than cars. You do not have to work as hard or get as sweaty so they work in hot environments, and you can bundle up for the ride in colder cities. New bikes are being designed that are safer and easier for older riders

I live in Glasgow, and I don’t cycle. It’s only partly because I’m lazy. It’s mainly because the roads near me are busy, the drivers are all mental and there aren’t any bike lanes. Bike lanes and e-bikes could transform cities like mine, probably more than any gleaming white hyperconnected travel pods. And for considerably less money too.

Autonomous vehicles, especially car-like ones, are still enormously resource-intensive and inefficient modes of transport. That’s not going to change in the foreseeable future.

Perhaps instead of being so obsessed with making the world safe for autonomous cars, we should be concentrating on making them safe for bikes and e-bikes; they are going to carry a lot more people a lot sooner.