Stop me if you’ve heard this one before 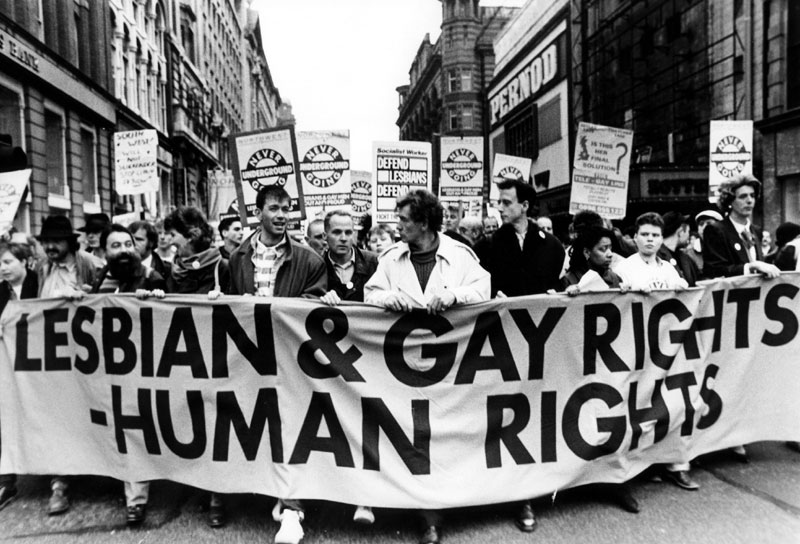 30 years ago today, Section 28 (Section 2A in Scotland) was introduced to ban the “promotion” of gay and lesbian “lifestyles” in schools to protect children from the entirely invented dangers of gay and lesbian people. It wasn’t repealed until 2003 in England and Wales, although Scotland canned it in 2001.

I was 15 when Section 28 was passed.Â It was an era ofÂ vicious anti-gay bullying, encouraged by vicious anti-gay propaganda in mainstream newspapers.Â AIDS was â€œthe gay plagueâ€ and a book with two gay dads, â€œJenny Lives With Eric and Martinâ€ was denounced as â€œvileâ€, â€œpervertedâ€ and a threat to children by multiple newspapers.

Piers Morgan monetised homophobia by writing about â€œThe Poofs Of Popâ€, and The Sunâ€™s headline about the first gay kiss on the soap opera EastEnders was â€œEASTBENDERSâ€. The accompanying story described â€œa homosexual love scene between yuppie poofs… when millions ofÂ children were watching.â€

The barrage of bigotry had a terrible effect. Social Attitudes Surveys of the time saw anti-gay sentiment, already high, rise during this period: the percentage of people who believed same-sex activity was â€œalways orÂ mostly wrongâ€ was nearly 80% in both the US and the UK.

The period leading up to the repeal of Section 28/Clause 2A was particularly unpleasant in Scotland, with billboards and newspaper articles urging us to keep the clause to protect our children.

Where Richard Littlejohn used to write about â€œthe governmentâ€™sÂ determination to lower the age at which schoolboys can be sodomisedâ€; he now rails against the supposed evils of trans people.

Many other columnists who once railed against gay people now battle â€œTransgenderismâ€ and the â€œsinister transgender agendaâ€.

Innocuous kidsâ€™ books such as â€œCan I Tell You About Gender Diversity?â€ have been slammed by the likes of the Mail on Sunday, Lord Tebbit and Sarah Vine (â€œWe are threatening the sanity of â€“ and yes Iâ€™m going to say it â€“ normal childrenâ€).

Social attitudes surveys show that after years of gradual improvements, anti-LGBT sentiment is on the rise.

History is supposed to be a warning, not a how-to guide.

The ever-excellent Another Angry Woman is thinking what I’m thinking.Â And Stonewall’s Ruth Hunt draws parallels in The Independent.