I was going to come to this one later in the series but given yesterday’s post on anti-depressants I thought I’d post it today.

As the title suggests, this one’s about the drugs. As I’ve explained in the YouTube description, this is our Everybody Hurts, a song about keeping on when you feel that everything’s falling apart around you.

The music basically appeared fully formed in David’s head, but it took me forever to get the vocal right. The one here is actually a guide vocal, because while I could probably sing it technically better I haven’t been able to recapture the feel of the vocal we’ve used here.

I don’t particularly like the sound of my own voice: I’m the singer by default because good singers are hard to find, make herding cats seem easy by comparison and are often madder than a satchel full of knees.Â I’d love to hear this sung by someone who isn’t me.

While I’m here I’ll quickly mention another of our songs, Hope and Faith. I wrote it in the run-up to the Scottish independence referendum but it’s about hope generally, the (naive?) belief that things can actually change for the better.

Musically it’s a bit of an in-joke: in my previous bands I was occasionally criticised for veering dangerously close to Big Country territory (for younger readers, Big Country were an anthemic and frequently excellent Scots post-punk band whose guitars often sounded like bagpipes), so when early versions of this were clearly doing exactly what I’d previously been accused of I decided to embrace it and ride proudly into Jockrock tartan anthem territory. 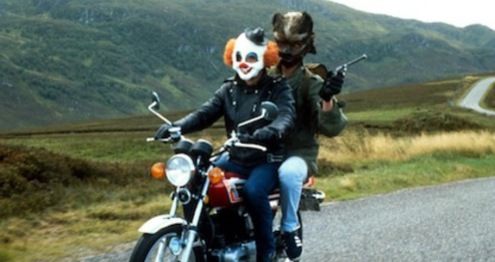 This is pureÂ Restless Natives Big Country, DMGM on a motorbike that runs on Irn-Bru and deep-fried pizza, a song so shamelessly tartan that David had to physically refrain me from adding bagpipe samples. If we’d made a video for it we’d have had to film it on Edinburgh’s Royal Mile with kilts, shortbread, wee Scottie dugs, ginger wigs and tartan bunnets.