Broadcast me a joyful noise 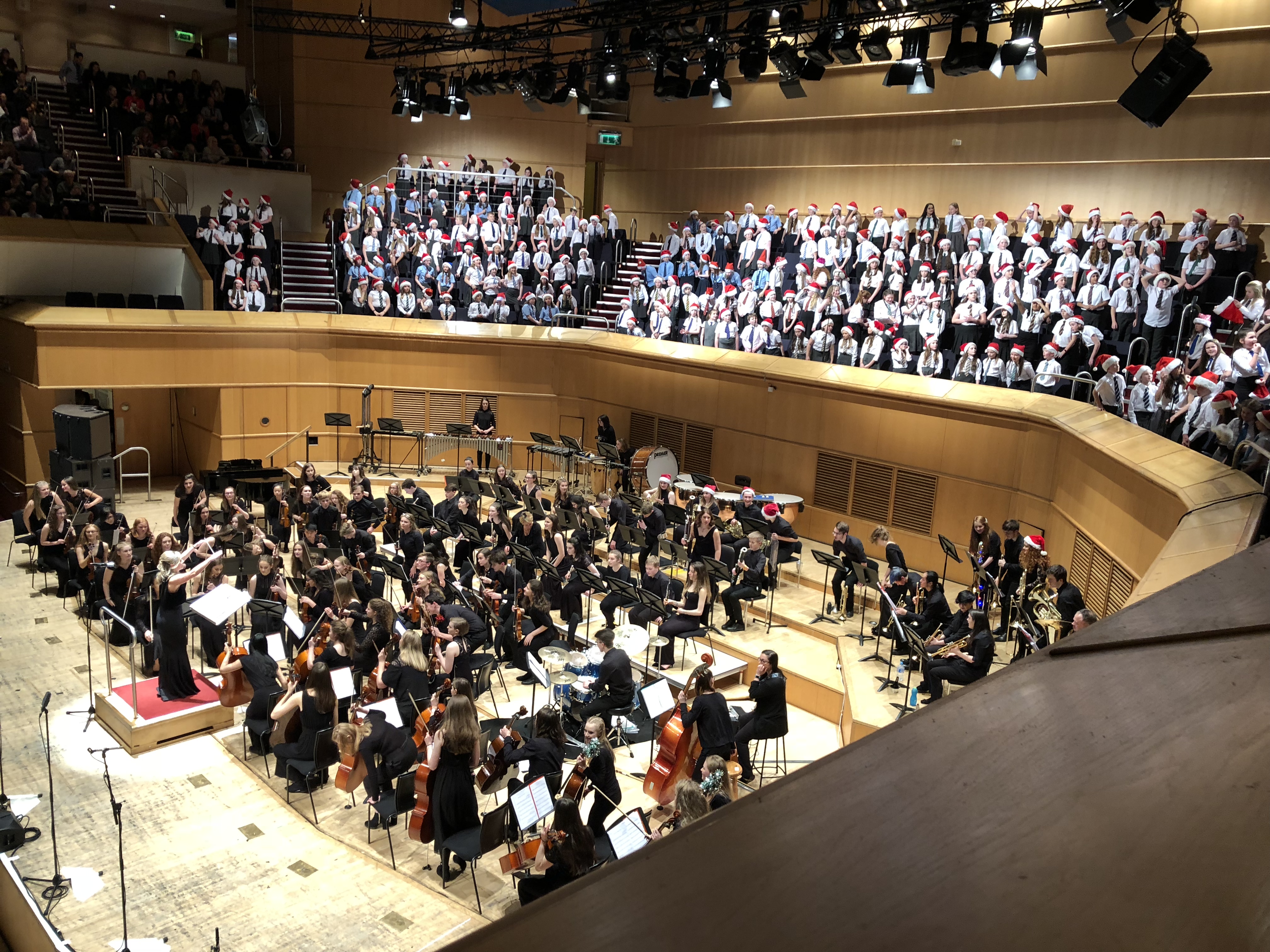 I was at the Royal Concert Hall tonight for my daughter’s latest on-stage adventure, this time being in the East Dunbartonshire Childrenâ€™s Choir as part of the Glasgow schoolsâ€™ Christmas concert.

As youâ€™d expect, it was too long. There were too many people being thanked. The supposed finale was â€” surprise! â€” false hope, the calm before a medley that was longer than many wars. By the end many of the parents had gone feral, avoiding dehydration by making the smaller children cry and harvesting their tears.

My daughter grinning when her choirâ€™s first song ended in loud applause;

The extraordinary sound of human voices in harmony, of an orchestra ebbing and flowing, of many pipers piping;

The joy of special needs kids doing a gloriously ramshackle version of Iâ€™m A Believer, every single cantankerous old bastard in the place (hello!) forgetting their cynicism and basking in the sheer happiness of those beaming faces as they lost themselves in the music, in the moment.

We forget sometimes, I think. We live in a world of â€œfake newsâ€ and vicious social media trolling and people trying to divide us, to isolate us from others, to amplify the tiny differences between us and to minimise the many things that we all share. And that sometimes makes us forget that weâ€™re all people who are capable of songs and symphonies and anthems and laments, people whoÂ can be thousands of perfect strangers but be made fast friendsÂ through the power of violins and voices and woodwinds and whispers and pianos and pipes.