One for the Mac musos: a really annoying thing in Logic Pro

I’ve been spending a lot of time in Logic Pro, Apple’s music production software, recently. It’s a wonderful, powerful program with some odd ways of doing things, and one of those odd things is driving me bloody insane. If anybody knows the solution I’d be delighted to hear it.

Except when it doesn’t.

The same problem affects loops, so I set the edge to what should be the end of a bar, but it’s snapping slightly to the left or right, throwing the loop out of time. 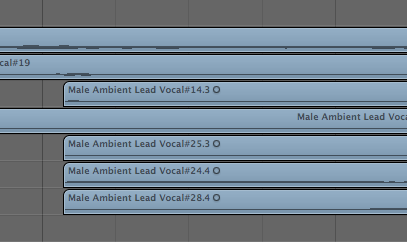 The black line to the left of the vocals is the beginning of the bar, the bit where I drag/trim to, but on some tracks Logic won’t let me: unless I go to insane zoom levels, it moves to the left or to the right of the line, but won’t let me move or trim to the line.

I’ve clicked pretty much everything, including the “snap” options (“smart”, “bar”, “beat”, “ticks” and so on), and nothing seems to work.

It only affects some songs, and I can’t for the life of me see any differences between the ones that work properly and the ones that don’t.

Am I missing something really obvious?