I know, I promised I wasn’t going to go on about it but I think – hope – that this is interesting. Over at Business Insider, Henry Blodget moans that his kids are addicted to his iPad.

We got an iPad because we thought it might provide more peace and quiet during a long trip. And it did. Sometimes. When they weren’t fighting over it.

But now that the trip is over, we actually have to physically hide it in the house every day.

My experience is similar. The ladies in my life – Mrs Bigmouth and Baby Bigmouth – love the iPad dearly. My wife uses it to read the Guardian online (as promised, I cancelled the daily newspaper when the iPad arrived; news on the iPad is something I’ll come back to in another post reasonably soon), to catch up with friends and to join in on forums; although she hasn’t used it much for shopping so far, apps such as ShopStyle are superior to the traditional, browser-and-mouse shopping experience. 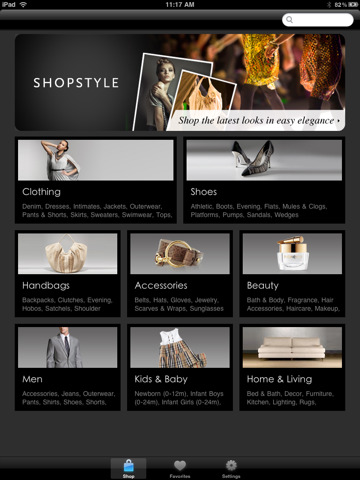 My daughter loves the Toy Story read-along books and various drawing, shape sorting and interactive apps. She also loves deleting my apps, which I can’t find a way of preventing: you’ll be amazed how quickly a small child can go from fingerpainting in Drawing Pad to zapping something important. Yet more evidence the iPad really, really needs user accounts.

Incidentally, whichever bright spark decided the way to clear colouring-in in the Toy Story ebooks was to get small children to shake a £400-plus computer should be taken into the woods and shot. It’s a disaster waiting to happen. 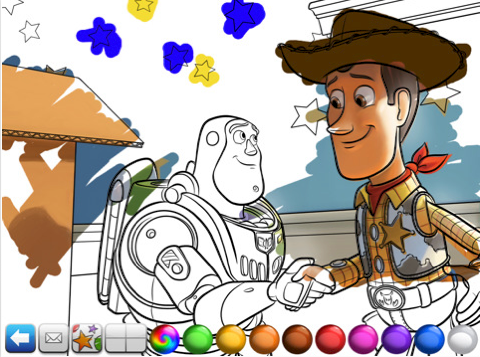 But I digress. What makes the iPad work is partly the way it’s been designed for touch from the get-go, and it’s partly the battery life. Even after hours of thrashing, I can pick it up in the evening and watch Top Gear on iPlayer without worrying that I’ll run out of battery life. If Microsoft or anybody else is serious about making an iPad killer and they don’t provide the same all-day battery life, they’ll fail. Tablets need to be things you just pick up and go with, not things you pick up and go “shit, battery’s nearly done”.

What the all-day battery gives you is a device that goes with you rather than a device that you have to go to. It’s an important distinction. I can’t use a laptop on the sofa, because I can’t get comfortable and using a trackpad to control the mouse is a nightmare. I can’t let my daughter near a laptop at all, because she’s quite keen on picking off the key caps – and even if I could stop her doing that, she’s too young to use the Mac OS or Windows to do the same kinds of things – painting, talking to animals, listening to stories – that she does on the iPad. The iPad is something you just stick on the side table or on the worktop when you’re done, and whoever wants it next simply picks it up and heads for the sofa, or the dining table, or the garden, or wherever they fancy going.

The result of all this, the problem with all of this, is that my iPad isn’t really my iPad any more.

This has never happened with any of my gadgets before. Mornings have become a finders-keepers game, with whoever gets their hands on it first ignoring the glowers of the rest of us. I only get to use it when everyone’s out, or when they’ve gone to bed. In an ideal world I’d have a second one just for me, and if I had the cash (which, needless to say, I don’t) I would buy a bigger, better one right now. It’s that good.

If you have a family and you’re getting an iPad, here are two words of advice.