And this is why everybody loves Valve

Valve, makers of Left 4 Dead, Half-Life and various other gamer favourites, is bringing its steam platform to the Mac – and to make people aware of it, it’s been sending teaser images to a bunch of websites. The images include a parody of Apple’s famous 1984 ad, a parody of the Mac versus PC ads, and my favourite: a parody of an iconic Mac ad. This one was sent to Rock, Paper, Shotgun. 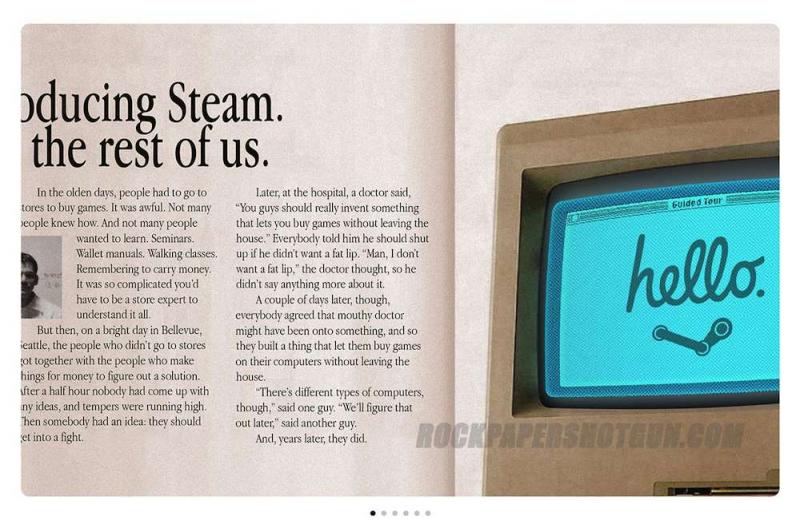 The copywriting’s superb (click the image for a bigger version), especially if you’re familiar with the advert they’re parodying.

Meanwhile, there’s also an Easter Egg hunt going on for PC gamers that suggests either Portal 2, a new Half-Life episode or both, and the reaction I’ve seen on various games sites is absolute delight.