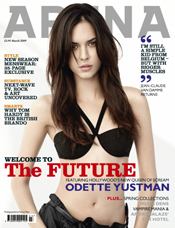 I wrote this four years ago:

Arenaâ€™s confused – it canâ€™t make its mind up whether itâ€™s going after GQ readers or Loaded readers, and falls flat between the two

Today’s Guardian reports that Arena is to cease publication after 22 years.

I think that’s still the case. Any sign of this?