John Niven‘s book, Kill Your Friends, is set in the music business at the height of Britpop. Niven knows what he’s talking about – he was an A&R man at the height of Britpop – and his protagonist’s rants about the music business, consumers and the general bovine stupidity of artists clearly come from experience. Pity the opening quote, Hunter S Thompson’s “cruel and shallow money trench” is a misquote (HST was talking about the TV business). 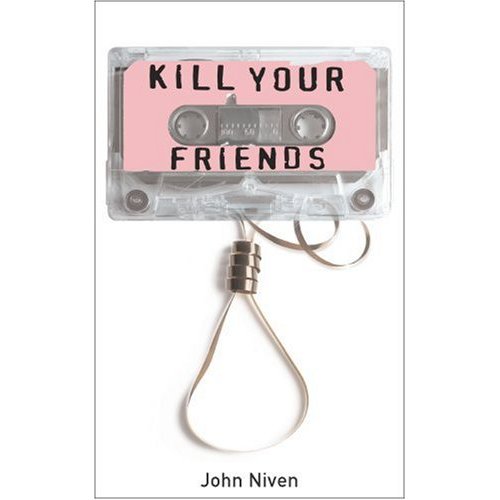 But as the hits dry up and the industry begins to change, Stelfox must take the notion of cutthroat business practices to murderous new levels in a desperate attempt to salvage his career.”Kill Your Friends” is a dark, satirical and hysterically funny evisceration of the record business, a place populated by frauds, charlatans and bluffers, where ambition is a higher currency than talent, and where it seems anything can be achieved – as long as you want it badly enough.

As a satire on the music industry, Kill Your Friends is pretty much peerless. (Real) A&R stupidity is mercilessly skewered, artists of all stripes get it in the neck and one particular rant, a Trainspotting-esque monologue about bands who want record deals, should be printed in 72-point type and nailed to the wall of every rehearsal room in the world. Some of the fictional artists are clearly drawn from real ones, like the self-indulgent drum’n’bass superstar and the band producing sub-Radiohead whiney nonsense, and many of the music business characters appear to be thinly disguised versions or composites of real-life characters.

As a novel, though, it isn’t great. Niven’s going for an American Psycho thing here, but American Psycho did it much better. You can’t help but think Niven should have written a memoir rather than a novel.